What Are Cyclical Stocks? 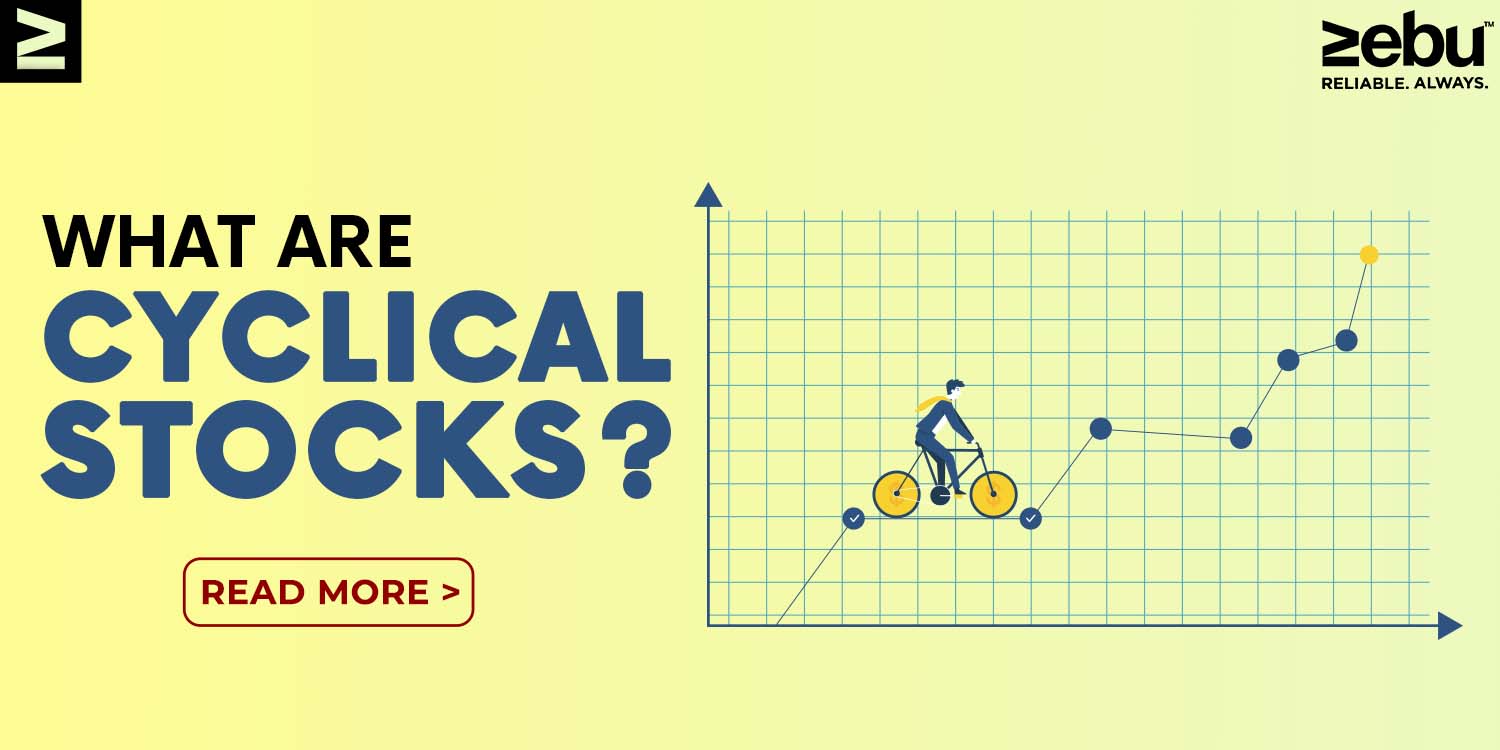 It can be hard to make money on the stock market. Some stocks are very sensitive to economic slowdowns and downturns, while others may be profitable no matter what, making them fairly recession-proof. The idea that economic activities change all the time through times of boom and bust is called "cyclicality." Everyone knows that the Covid-19 pandemic has a cyclical effect on the stock market. During the first economic downturn, stocks that were sensitive to the economy went down. As the economy began to get better, most companies' stock prices went back up. This upturn was also helped by government programmes and interest rates. This article explains what cyclical stocks are and how they work. A cyclical stock is one whose price is affected by big changes in the economy or by changes that happen over time. Cyclical stocks tend to move with the expansion, rebound, recession, and recovery of an economy. Most cyclical stocks are shares of companies that sell things that people need every day. These are things that people buy more of when the economy is doing well and less of when it is not. Companies that make or sell durable goods make or sell physical items that are expected to last at least three years. Non-durable cyclical stocks, like clothes and ready-to-eat foods, have shorter useful lives, go bad quickly, or are used up quickly. Nike, which makes sportswear, is an example of a company that works in this segment. Companies offer cyclical services that make it easier for their customers to travel, have fun, and do other fun things. Netflix is one of the most well-known businesses in this field. Some of the most popular cyclical stocks in India are automakers like Maruti Suzuki India and Tata Motors, as well as banks like HDFC Ltd. To give you a quick idea of some industries that tend to go through cycles, here are a few well-known and easy-to-understand examples: Airlines and Hotels: When the economy is doing well, both people and businesses are more willing and able to spend money on airline tickets and hotels than when times are tight. Retail: When the economy is weak, people tend to spend less on goods they don't have to buy. But businesses that sell mostly necessities are not as cyclical. Restaurants: When the economy is bad, people tend to eat at home more, which hurts F&B stocks. Automakers: When the economy is bad, people tend to keep their cars longer and buy new cars more often when the economy is good. Most tech stocks go up and down in cycles. Banks: During a recession, there is less demand for mortgages, auto loans, and credit cards, and more people who already have loans have trouble paying them back. Also, interest rates tend to go down before and during recessions, which makes it harder for banks to make money. Manufacturing: When the economy is bad, demand for physical goods tends to drop, which hurts the companies that make them. Many of the above-mentioned industries, like retail and the auto industry, deal directly with customers and are therefore part of the consumer cyclical stock India sector. Different stocks and cycles Most of the things in this category are useful, like TVs, refrigerators, air conditioners, cars, etc. When the economy is growing, companies that make the above items have the highest growth rates in terms of profits because the market needs them more. Because these companies are making more money and more people want to buy their shares, the average price of their shares goes up on the market. This increases their cash flow, which makes them even more profitable. But when the economy is in a recession, cyclical public companies are the ones that suffer the most. The economy slows down during a recession, which has an effect on the level of production and employment. When unemployment goes up, people buy fewer consumer goods at first. This causes a big drop in total income and profit levels. Most cyclical stocks' share prices go down when the economy is bad. This is because these companies make less money and fewer people want to buy their shares. So, there is a direct link between changes in the business cycle and cyclical stock performance. Since a rise in economic output raises the profits of the companies issuing the bonds, and a fall in the economy leads to a sharp drop in the profits these companies make, The difference between stocks that go up and down and stocks that don't Stocks that do well when the economy does well tend to do well when the economy does well. But that doesn't work for stocks that don't follow a cycle. Even when the economy slows down, these stocks tend to do better than the market as a whole. Defensive stocks are another name for non-cyclical stocks. They include all the goods and services that people keep buying through all types of business cycles, even when the economy is bad. Companies that sell food, energy, and water are examples of non-cyclical businesses. Adding non-cyclical stocks to your portfolio can be a great way for investors to protect themselves from losses caused by cyclical companies during a recession.